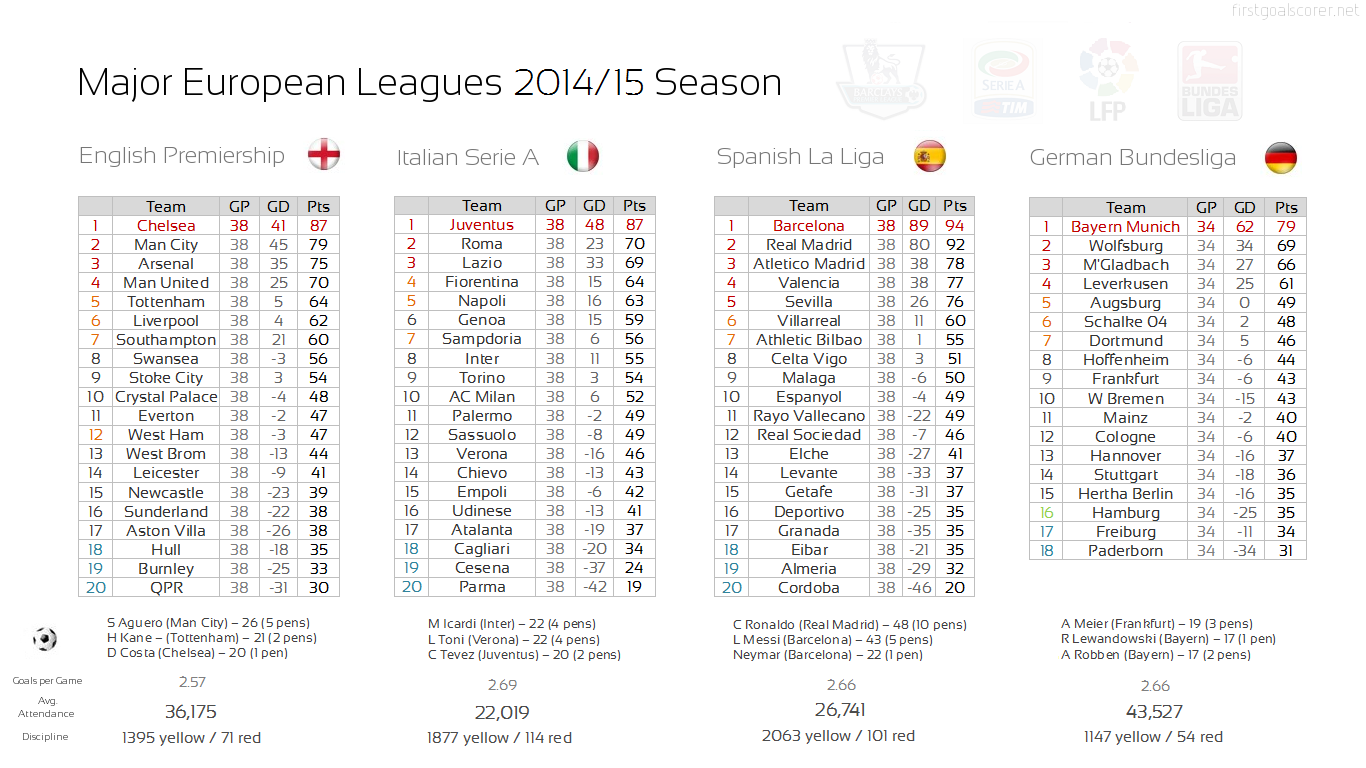 – Dominance of Barcelona & Real Madrid, particularly in goalscoring. Also the superiority of the champions of the other 3 (Chelsea, Bayern & Juve) over their respective leagues

– Close relegation battles in 3 out of the 4 leagues, coming down to the last day. Reasonably unified figure across all 4 leagues of around 35-38 points to stay up.

– Augsburg making Europa League football finishing 5th, despite losing 15/34 games. Dortmund also making the Europa League qualifiers, despite being bottom at one stage around Christmas. The resurgence of Wolfsburg, and contrasting fortunes of Hamburg who managed to stay up through a dramatic late goal and extra-time winner against Karlsruher.

– Lazio’s second half of the season, challenging Roma for 2nd place, only to lose out in the Derby. The poor display from both Milan clubs, Inzaghi’s side in particular, both missing out on European places. The financial struggles and effective collapse of Parma, under the mismanagement and neglect of their owner.

– The form of Valencia and Sevilla, pushing Atletico for 3rd, with the former gaining the 4th Champions League spot.

– Chelsea’s dominance of the Premier League. Manchester United’s return to the top 4 at the expense of Liverpool. Newcastle’s incredible poor run of form, almost resulting in their relegation. Aston Villa’s inability to score goals for extended periods of time. Harry Kane hype.