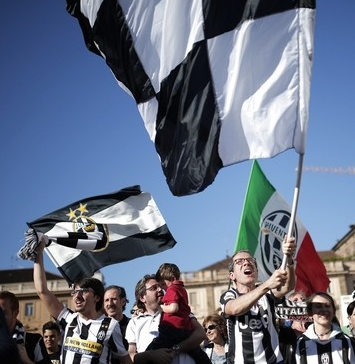 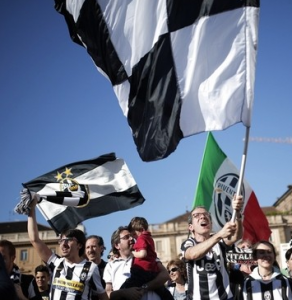 *Parma took 6th place ahead of Torino, but are banned from European football next season as it stands due to financial regulations. There is a chance that their ban will be overturned.

The start of the campaign was dominated by Roma, after winning ten games on the bounce, it seemed like they had established themselves as genuine title contenders. Their challenge continued throughout the season, only to be outdone by the ever-consistent Juve. Although the champions ended 17 points clear, for the most part the scudetto was a two-horse race. New signings Strootman, Ljajic and Gervinho all impressed, but for me the stand out performances came from Mehdi Benatia and his defensive partner Leandro Castan. Their defence was rock-solid, conceding 25 goals in the season, and only 1 in the first 10 games. Pjanic and Totti were pulling strings, particularly in the early parts of the season, with the latter on 6 assists after 6 games.

The gap in quality (and points until the latter stages) between fourth and fifth in Serie A was especially noticeable. Napoli had pretty much established themselves as 3rd place candidates from the start, with Fiorentina hoping to mount a challenge for that 3rd and final Champions League place. Alas, Montella’s men never really got on a par with Rafa’s side, and although beating them 1-0 at the San Paolo in March thanks to a late goal, they were destined for the Europa League.

The struggle for the other Europa League places for 4th, 5th and 6th was contested throughout the season by a number of teams. Parma, Torino, Inter were joined in the race by Milan, Lazio, Verona and Atalanta. Both Milan sides arguably underachieved, particularly AC, with their slightly ‘transitional’ and makeshift squad in the wake of the departure of many of their more experienced stars and a long injury list. Balotelli, when available looked slightly under-par at times and, particularly towards the end of the season, was in poor form. A notable absence was El Shaarwary, who was out for the majority of a season in which could have been his break-through year. Inter faired slightly better, with only 1 loss in their opening 15 games. However, their problem was the sheer number of draws (15), and they inevitably fell short of a challenge to the top four despite a pretty solid campaign.

Parma and Torino impressed, in what was a season that helped enhance their reputation and make a push for European participation. Parma were helped largely by the 17 game unbeaten run they went on in the middle of the season. The Gialloblu had a reasonably strong defence, with Lucarelli having a good season and Paletta earning a call up to Italy’s World Cup squad along with Marco Parolo and Antonio Cassano who had a fantastic influence on his team’s season. Torino, after a shakey start, based they success largely on their home form once again. The attacking talents of Alessio Cerci and Serie A top scorer Ciro Immobile helped their cause greatly, earning both of them call-ups to Italy’s national squad for the World Cup, alongside the uncapped Matteo Darmian in defence.

Two sides that impressed me this season were Verona and Atalanta. Verona, being a newly promoted side, were never really expecting to push for Europe, but were hovering around 4th in the table a couple of months in. Their challenge faded away towards the end of the campaign, but they still achieved a respectable 10th place in Serie A. Stand out personnel in their season included 37 year old Italian veteran Luca Toni, who netted 20 league goals, as well as Argentian winger Juan Iturbe. Jorginho earned himself a January move to Napoli after a fantastic start to the season, which inevitably damaged Hellas’ season. Atalanta wouldn’t have sprung out to many as having an outstanding season, but I was impressed with the way they fought at times. Their season was distinctly average at best, until they went on a run of 6 wins in March to ignite their quest for Europe… which died a death shortly after. All the same, I thought that Bonaventura and Consigli might have done enough for a World Cup call up, Cigarini was impressive also.

The relegation battle was reasonably hotly contested. Sassuolo looked doomed from the start, but then started to turn their fortunes around after a 7-0 thrashing from Inter, they switched their formation and began to climb away from the bottom of the table. Sansone and Berardi were notable performers, and their side finished the season well, Berardi with 3 spectacular performances in the season – two hat-tricks against Sampdoria and Fiorentina, and four goals against Milan. Catania were a side who struggled throughout, with a ridiculous away record of not winning until the final day, drawing 2 others and losing 16. They made a fight for it at the end, including a remarkable 4-1 win against Roma, but it came too late. Livorno lost 9 of their last 10, and Bologna only won 1 of their last 15.

All in all, I think that Serie A has done itself some favours in enhancing its reputation on the European stage this season, despite being overtaken by Portugal in UEFA’s coefficient rankings. Juve’s disappointing exit in the Champions League groups stage along with Napoli did them no favours, and AC Milan fell at Diego Simeone’s Atletico sword in the first knockout round. However, there have been some incredible performances this season – notable players for me, aside the ones already mentioned, include: Antonio di Natale who scored 17 goals and made 29 starts at 36 years old, including a final day hat-trick against Sampdoria. Radja Nainggolan who had a fantastic start to the season with Cagliari, before his move to Roma in January. His work rate and energy in midfield is incredible and he covered fantastically for the loss to injury of Kevin Strootman. Juan Cuadrado with 11 goals showed his versatility by playing a number of different positions and always providing the pace and attacking threat that Fiorentina needed on the break. It’ll be exciting to see him at the World Cup for Colombia.